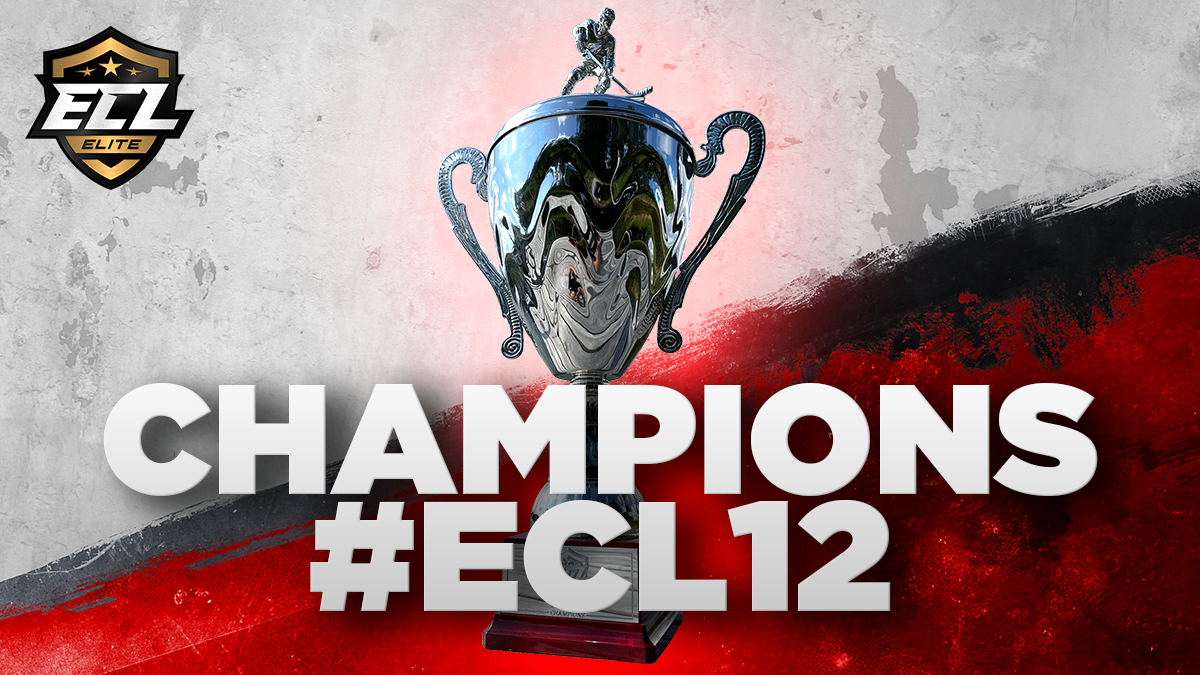 It has been a few seasons coming and during last weekend we finally did it.

Many have been asking for a bit of a season recap and here goes:

ECL11 was hard for us. Whilst beating HAVU in the semi-finals, we found ourselves in a totally new place with the finals against FILADELPHIA. With tight games, we thought that we could climb back on the championship train, but something was still missing from our gameplay. It was not fluent and in most of the final games, we had to force ourselves to play better and were 95% of the time just reacting to what the opponent was doing.

After the unsettling 0-4 series loss we knew something had to be done and here is where our story starts. From the get-go, it was apparent that radical changes had to be made and we tore the bandage pretty fast after the season-ending formalities.

The first step needed to take was to release Joakim “Joukkiii” Nyholm, our leading scorer from the playoffs, and find a better-suited forward to replace him. We knew that with Perttu “Beniittto” Kemppainen and Niklas “NikkeDangles” Tukiainen we had enough offensive capability to be competitive in ECL Elite, but still needed the missing ingredient. The player needed to be defensively capable, willing to play a strict team game, and have chemistry with the core from the start. As the search started there were no doubts that only a few people in Finland (or in the whole world for that matter) were skilled enough and we realized there was only one name even worth considering. Vili “Vilupoika” Häkkinen was the obvious choice and from day one playing with him, we started realizing that there was something really special in our forward line. All of the three could play any role needed from offensive juggernaut to the two-way center type of play and results followed.

Defensively after the ECL11 campaign, we were also thinking of adding an ingredient and as a result of Teemu “Teemuyy” Polttila announced pretty fast that he was looking for new opportunities and departed to JYP from where he would eventually move to FILADELPHIA to face us again the finals this season. The team has had a singular name in mind for the role of LD for a long time now and it was discouraging to learn that the name in question Aaro “xDoumi” Ruuhinen would want to test his chances with Havu Esports and it was almost that this fairytale would not have had its end. With details not covered here just before the start of the season, Aaro left Havu and we were finally able to add the missing piece to our defensive core.

Also as our former goalie Mika “FinKonna” Paasikontu wanted his shot with Goons we released him to pursue the main goalie spot we needed to start thinking of a replacement. Niklas “UhNikke” Nieminen was also in the military serving his year in military service so we could not count on him playing for us consistently although doing some really nice work in ECL10 and ECL11. For the new goalie, we wanted to add something new to the mix. For a long time, many teams have had a steady circulation of the same players and it was something we wanted to avoid. We had earlier played with an idea of considering international players and with Filip “Faze91_” Azri we knew we would be getting something really special. Trailing the likes of Casper “CAPPE” Lundgren we already knew adding a Swedish goalie would not disrupt the team’s communications and would also bring some international flavor to the sometimes stagnant Finnish scene.

With the addition of completely three new players we were ready to settle into the competitive side of things and this time from the start of the season there was nothing else in our minds other than to take the title which we had been bitterly denied last season.

ECL12 started relatively easily with the “honeymoon phase” still on and seemed it would be a crushing performance of the year. In the first three rounds against IQUE, Sawo Esports and JYP Jyväskylä we were blasting offensively left and right (also center with Beniittto there obviously) and we’re continuing where we left off in ECL11 with a big margin of 29 goals scored to 6 goals against.

With a solid start like this, it was apparent that the team started believing in their offensive capabilities but needed a bit of a wake-up call from Goons who shut us out in the series with the remarkable job from Finkonna between the pipes. We knew we still needed to be better in the defensive side of the game. After this series, hREDS were not shut down again and also added a new layer to the game that eventually would lead us to victory.

As widely expected and speculated, it was the games against HAVU and FILADELPHIA that would test our form and that is where important things happened considering how the season finally went. With HAVU we had to prove ourselves that we needed to repeat last season’s upset against them in the semi-finals and did just that although the two-series game would have not been able to be any tighter than it was eventually landing us the 2 W’s in the winning bracket. With FILADELPHIA we were planning on executing the same tactic, but as it is when you are playing former years champion, it was far away from the truth. We ended up losing the second game of the series, but with the good form we had from our previous series against Rusty Blades we clinched the first game to our name in the overtime, and with that came the conclusion FILA would be vulnerable and that was what mentally happened in the finals.

Finishing anywhere else than first-place we knew we would have to work our way through from both of the titans mentioned above and with our hiccups and FILA having a monster of a season with only two overtime losses we took second place dominantly but knew it would be far from over until we could covet the prize at the end of the road.

It was apparent that our first-round opponent POGGERS would have to be defeated with a little info as possible to our opposing teams of the future playstyle we wanted to execute and we took the series with a goal difference of 22-7. HAVU in the semifinals was a tough opponent as expected and the series extended to 6 games with only a total of 16 goals scored between the rivals. What would turn the tide of things was the realization of our final boss FILADELPHIA staggering against their first-round opponents IQUE. The team named unbeatable was dropping games and the idea of that boosted the morale of the troops a lot knowing we had dealt with their opponent easily in the regular season.

As the finals were locked in and only two remained we made sure there would be nothing that would distract us from pursuing our goals. Social media presence was lowered to cover only the needed communications, all the players were brought to LAN environments (although Faze having to stay in Stockholm, but he was given a solo room to play in) and the general focus was just to enjoy being together after a long hiatus because of the pandemic and boy did we accomplish just that.

By the start of the series, people were still anxious about facing such a tough opponent, but as the puck dropped something changed and it would dictate the whole series from start to finish. Compared to the general atmosphere and ease of being together from ECL11 the team seemed like a whole different group of people. Communications were polite and people stood behind each other. If someone messed something up, others would come to aid and that is what made us finally into a championship-caliber team and we took the series by a landslide allowing only one goal to be scored on Faze in the whole series, a feat that will surely not be done again in ECL Elite Finals ever again. And as the season started it also ended with our trio on top:

Thank you for reading. We will see you again very soon in the FCL!